Two-thirds of EU workers considering leaving because of Brexit 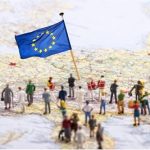 As MPs prepare to vote on whether to back May’s deal for leaving the EU, Prospect reveals that EU workers feel unwelcome in the UK

Two-thirds (66%) of Prospect’s EU membership have considered leaving the UK as a result of Brexit, according to membership research.

Reasons given included being worried about paperwork, being made to feel unwelcome, the government’s hostile environment, worries about being directly or indirectly discriminated against, uncertainty about their leave to remain, and general economic uncertainty. When asked whether Brexit has made EU citizens feel less welcome where they live, 85% believed it has.

Prospect’s EU members were also more pessimistic than members generally about the impact of Brexit on their work, and on their industry overall. Sixty-five per cent of EU nationals said they thought Theresa May’s Brexit deal would negatively affect their work, with a further 5% saying it would affect them positively, 4% citing no impact, and 26% not sure. This compared with 47% of members overall (6% ‘affect positively’, 16% ‘have no impact’ and 31% unsure)…